Skip to content
Marinos Koutsomichalis is an artist, scholar, and creative technologist. He is broadly interested in the materiality of self-generative systems, (post-)digital objecthood, sound, image, data, electronic circuitry, perception, selfhood, landscapes/environments, and the media/technologies we rely upon to mediate, probe, interact, or otherwise engage with the former. 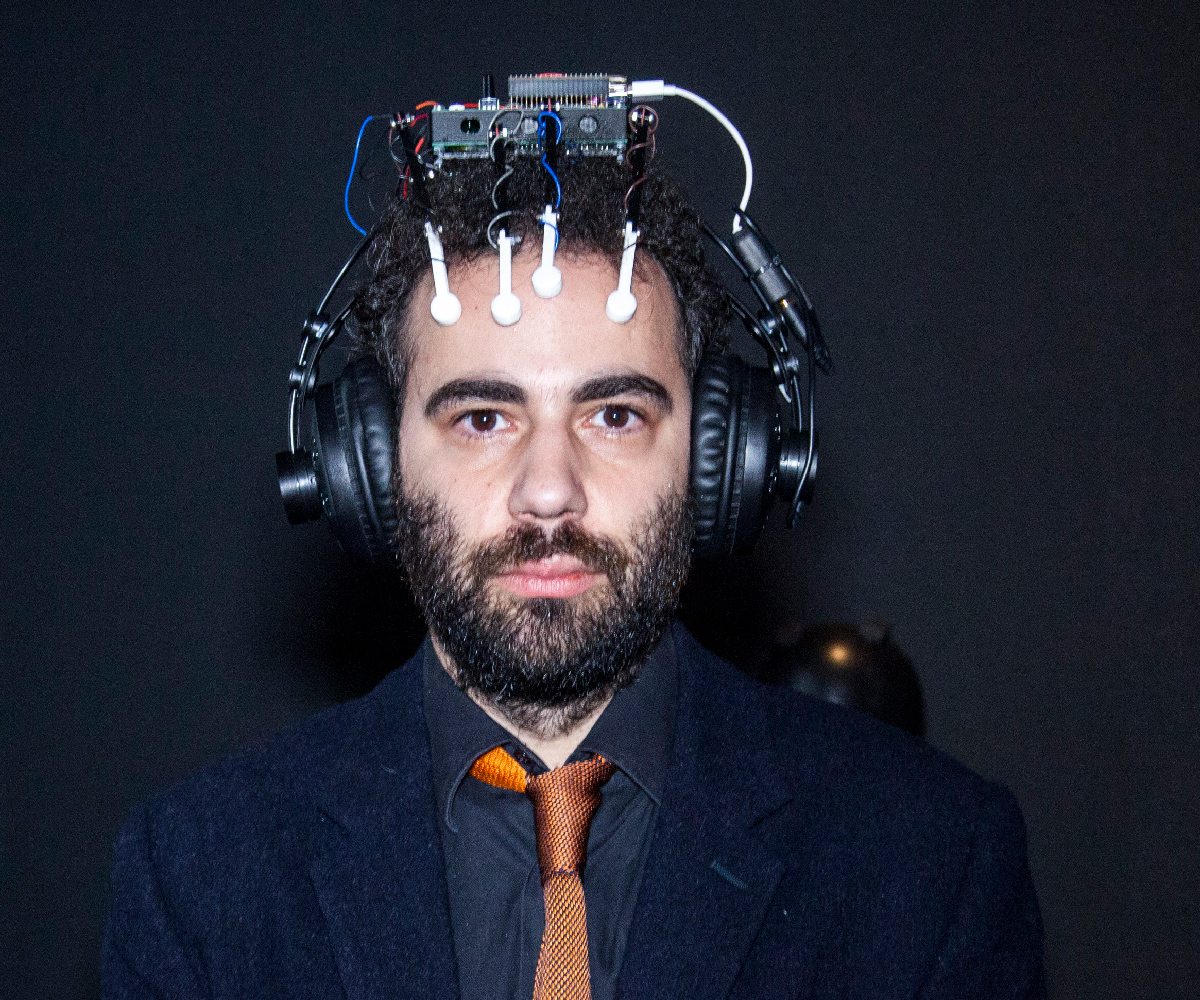 Marinos Koutsomichalis is an artist, scholar, and creative technologist. He is broadly interested in the materiality of self-generative systems, (post-)digital objecthood, sound, image, data, electronic circuitry, perception, selfhood, landscapes/environments, and the media/technologies we rely upon to mediate, probe, interact, or otherwise engage with the former.

Marinos Koutsomichalis’ research and artistic activities reciprocally inform one another by virtue of a mixed method that combines situated creative practice, bespoke software/hardware development, landscape exploration, ethnographic field-work, critical theory, live performance, production residencies, experimental making, and DIWO (Do It With Others) workshopping. In this way, they draw on, and concern, various subareas in arts, humanities, science, technology, philosophy, and design, with academic peers describing aspects of his research output as “interesting from the point of view of sociology, ethnography, anthropology, geography, new materialist, post-human and actor network theories“, “delivering a novel mix of art, performance, and archaeology that will appeal to the field of archaeology as a whole“, “a holistic knowledge-production journey towards the politics and poetics of the human-nonhuman relationship“, “challenging a number of tacit assumptions in New Interfaces for Musical Expression“, “to be received with fascination by artists, academics and scholars from disciplines such as philosophy, material culture studies, cultural geography, sound studies, and others working around post-humanist materialism, phenomenology and hyper-constructive modalities“, “demonstrating not only why a critique of taken-for-granted object-oriented ontology is necessary [..] but also how this critique can be exercised through employment of mixed empirical experiments and analyses for research“.

His artistic corpus is prolific, yet persistently revolving around the same few themes: material inquiry/exploration; self-erasure (in/through performance and production tactics); the quest for post-selfhood (through social, hybrid, and networked practices involving both human and more-than-human actors). He has hitherto publicly presented his work, pursued projects, led workshops, and held talks worldwide more than 300 times and in all sorts of milieux: from leading museums, acclaimed biennales, and concert halls, to industrial sites, churches, project spaces, academia, research institutions, underground venues, and squats. He has published more than 15 music albums and two art books, while works of his are featured in many exhibition catalogues and artistic fora. Critics have described projects of his as “a switch concept for notions of time [acting] as an anthropological operator for cultural techniques of temporality“, “conceptual art created by machines to taunt us with our own mortality“, “setting in motion a haze of unruly overtones“, “piercing in your head“, “made to be played endlessly, day in day out“, “snippets of sound that hung in space, creating a sense of timelessness and achieving timbral qualities that are by turn ethereal and aggressive“, “winding up the pitch of tonal masses to almost unbearable degrees of tension [and offering] maximum psycho-acoustic rewards“.

He has a PhD in Electronic Music and New Media (De Montfort University, UK) and a MA in Composition with Digital Media (University of York, UK), has held research positions at the Department of Computer Science in the Norwegian University for Science and Technology (Trondheim, NO) and at the Interdepartmental Centre for Research on Multimedia and Audiovideo in the University of Turin (IT), and has taught at the University of Wolverhampton (Birmingham, UK), the Center of Contemporary Music Research (Athens, GR), and the Technical University of Crete (Rethymnon, GR). He is responsible for numerous publications in scientific journals and conference proceedings and for a monograph book. Reviewers have deemed academic writings of his as “exceptional“, “fully complete and academically rigorous“, “highly original“, “extremely elaborate, thought-provoking, thorough, well-written and of high-quality“, “artistic research at its best“, “[having] absolutely no loose ends nor any ambiguities or inconsistencies between sections“. He is a Lecturer in Creative Multimedia at the Cyprus University of Technology (Limassol, CY) where he co-directs the Media Arts and Design Research Lab.

Image above by Andreas Simopoulos, Athens 2016.